A short platformer game made in ten days for @LoafeeBuns' birthday, based on her Geometry Dash inspired personifications and lore.

The   moderately tough (but very handsome) demon Nine Circles is undergoing some intense training! Can you help him master his abilities and survive the countless trials he must face? I dunno, maybe.

Note: There is a chance that audio might be buggy on the web version of the game. You can download the offline/standalone version below. 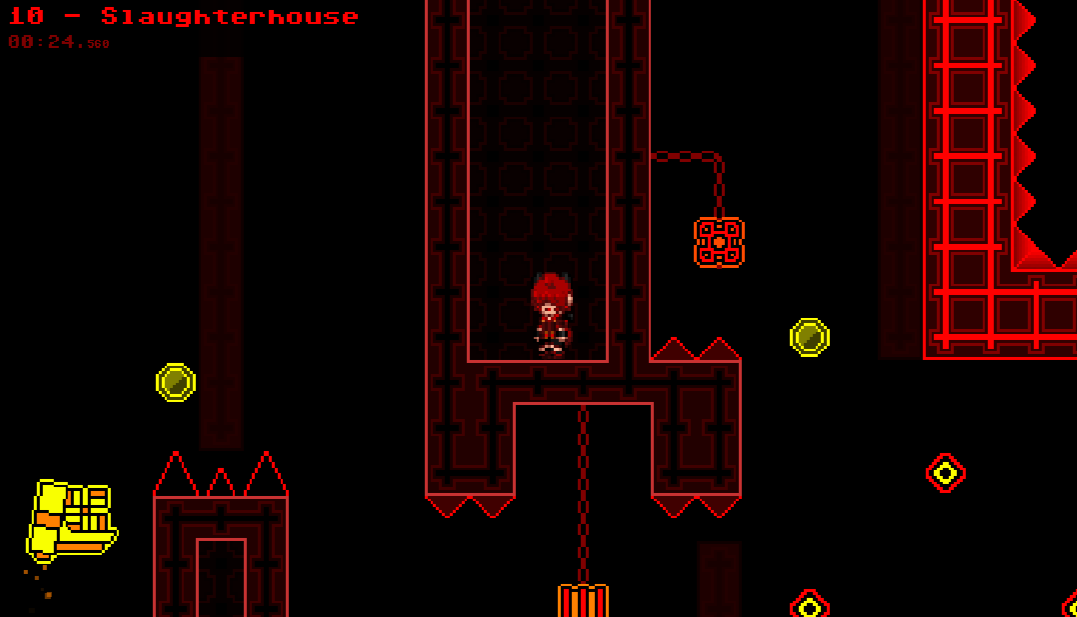 nice game i love your vids

ok, now this is epic

i like the music in the game, in fact i thought of a name for it: Wondering in the Red

I think you may call it, Nine Circles, Idk, I guess geo dash doesnt exist

This game is actually so fun, the controls are unique and easy to learn and i generally enjoy the vibe of this game

am I a noob or is level four REALLY IMPOSSIBLE

It's like a mix between Celeste and Heart Star, and it's awesome. I also love how the icons change after you hit them, this game is amazing. Honestly, I couldn't expect anything less from you, especially since I've been watching your channel for an unhealthily long time.

Awesome! It's nice to move around since you are always dashing in GD. I mean, except for the last level. It was quite hard, I got some deaths, tough, that's appropriate for a nine circles themed platformer! I played the game in one go on the browser and it was fun 👍

I arrived here from the thirty dollar website that I somehow crashed by importing a file of my song "analogical requiem" by converting the midi into 🗿. I mean, that didn't crash immediately so I know it's just because the song was too big 😅.

The mobile controls don’t work at all, please fix

Honestly, the only thing that I feel is like needed for speedrunning is a speedrun mode which makes you do the 10 levels again and has a time after you beat slaughterhouse (During the slow-mo wave.

interesting... although the ships not resetting doesn't make this a problem since it becomes a dead run with that, but hey... cool platformer, would definitely love to see if this gets a speedrunning lb and/or a TAS run on this. 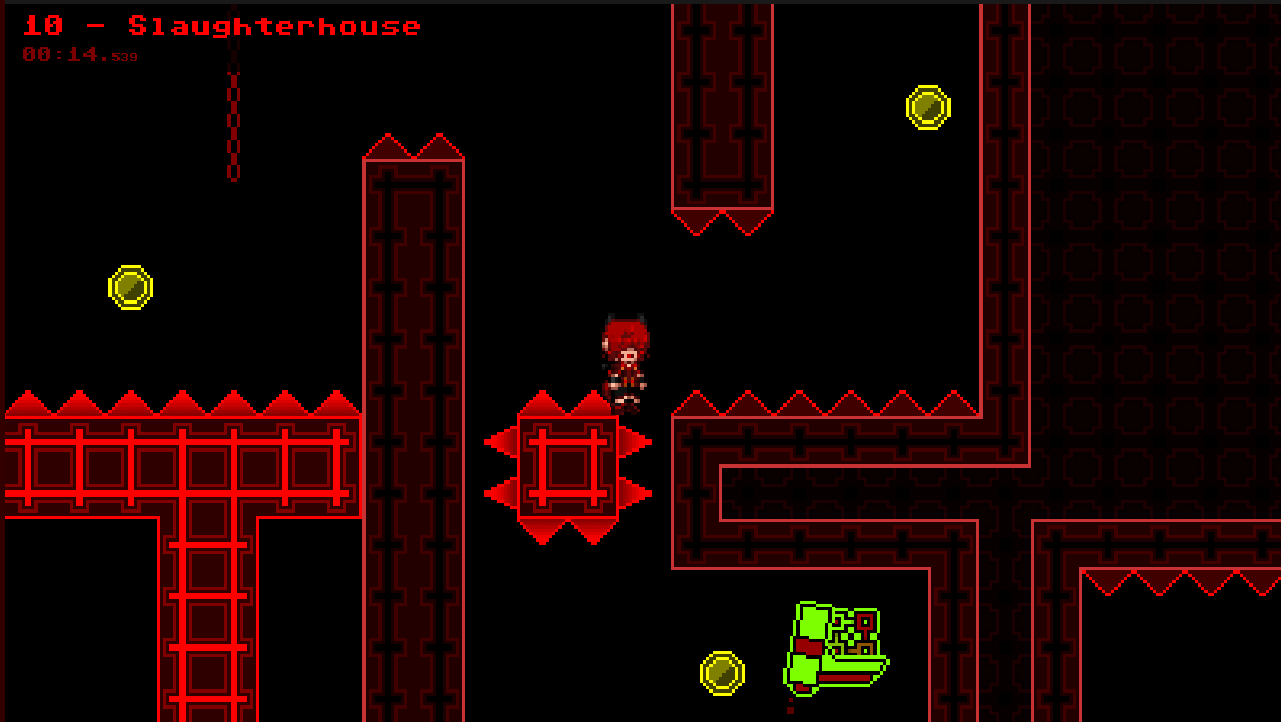 Still have no idea how people are pulling that off :P Spike hitboxes are small but there's a hardcoded check to see if you're standing on a corner with a spike. But I guess it's not perfect, even thought I tested it pretty extensively

Overall its enjoyable but can be frustrating cause of blind jumps and timings in later stages. I had to look up what level 10 looks like because i kept dying to things i couldn't see which was pretty annoying. Another thing i should mention is dashing into flying icons - it feels like their sprites are too large for their hitbox. Id often clearly dash into them but fall down because i guess i didn't touch their hitbox? I also found it unclear which blocks would disappear after shifting. Sometimes it was the ones with yellow inside, sometimes ones with a yellow outline, and sometimes the platforms that would shift would be just red. It more or less became a guessing game as to when i should shift, which in later levels felt more like a second thought anyway where the level basically goes "alright, you cant go any further without shifting, so shift here" rather than something you should think about doing like in earlier stages (aka feels a bit rushed but its understandable since game jam and all that jazz, i'm sure if the dev had more time, the levels would be much more polished). Other than that it was pretty enjoyable, controller support is good enough (xbox controller) (not to say its bad, its perfectly good, tho you have to use the stick to navigate through menus; dpad doesn't work in menus, but it works in game), tho i wish restart could be bound to something else personally; its not like that is a big deal or anything, just that i would've personally preferred it on Y rather than back button as an option 🤷‍♀️.

If you enjoyed Celeste, you'll probably enjoy this as well. Its got interesting mechanics which it uses well for the most part (again, hitboxes felt a bit iffy at times but its not a HUGE huge deal, it was only for that one thing which didn't happen too often anyway) tho some go underused. Strongly recommend you download the game rather than playing in browser cause of input lag (trust me, you'll need it for stage 10.)

Edit: i just watched dev commentary, and yea, felt pretty inspired by celeste, though because ive played through celeste (for the most part (i still have yet to beat farewell cause man i just dont have time lmao) i didnt have issues with the difficulty.. in fact, i appreciated more difficult levels, but not all deaths feel fair because again, blinds jump in level 10. still tho, overall its a good game, comment below me had a good suggestion that there should be a way for you to see what youre gonna have to do later on in the level

Thanks for the feedback! I really do appreciate it, I've already noted lots of things for the next time I make a game.

the games very fun tho, try making a level editor

Wow, this is an incredible game! The mechanics were super cool and the movement and levels felt really good! One thing I recommend adding is something like the watchtower/binoculars in Celeste that let you see the whole room,  especially for things like the last level, it was an amazing level, but it was annoying having to die every time I wanted to see what's next. Another thing I recommend adding is some corner correction for when you dash, because it feels pretty bad bonking your head on a corner when you dash. But other than that, I think this is an amazing game!

Yeah this is really good feedback, keep in mind I made this in a week but if I had more time to polish it out these are all things I would have loved to do

super fun, insane difficulty potential. you should either add more levels or make a level editor

Thank you! Pretty happy with the final state of the game, I don't really feel a need to expand it.

haha fair, imo 1-5 are too easy and 6-10 are too hard. it's hard to find a good middle ground when it comes to difficulty

took me 3 hours to finish the game, glad i played enough Celeste for this

also i streamed playing this on a discord server and someone said the title theme sounds like better call saul theme, 9/10 game

i have beaten 8a and midnight killer is painful

Wow this is cool

Where is the downloadable mobile version,it would be easy to fix the controls on an apk

Why cant i move, i can only jump

how do you beat slaugherhouse??? I'm stuck on the part with the four flying guys and the pit you drop into; how do you not die??? Dashing isn't an option, so...

You want to use the bottom left one last. (So the order is top left, bottom right, top right, bottom left.) That way you have a dash available.

I love this game, it was great and had some really nice game design. Art and atmosphere were also really good. Controls are pretty good. I wish I had more to play >,< I am curious what are the level 11 and 12 files in the download?

I love everything about this game! The pixelated yet appropriately toned design, the implementation of all the abilities in unique ways, the well balanced similarity to Geometry Dash, and the difficulty curve! I've kept on playing the game to beat it 5 times I think already, and I'm definitely gonna speedrun it. Thanks for making this!

Oh and the music too is a bop lol

Really fun platformer! Would be nice to have an attempt counter.

I really find this amusing, especially since I used to spend all my time playing Geometry Dash. I also really like the physics!

really cool game and i thought that level 10 was a hard one but for me that was totally okay because its the last one. it feels a bit cluncky that you can only change layers when your on ground and that you only able to dash while in the air but thats just a personal opinion 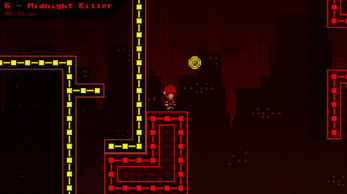 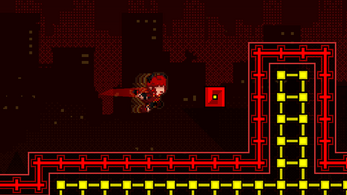 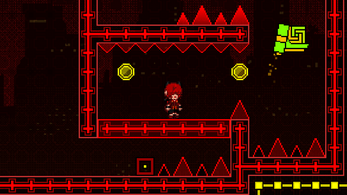 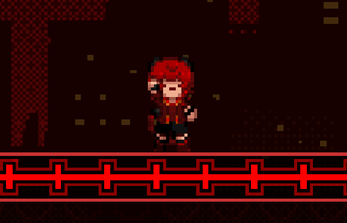